You are here: Home / News / Couple who met at sea come ashore to open bakery in barn – Bangor Daily News

KENNEBUNK, Maine — Amy and Zachary Tyson have lived in tighter spaces. Much tighter. The couple met while working aboard private yachts — she was the chef and he the first mate — and shared a 14-foot cabin during their courtship at sea.

Since coming ashore in downtown Kennebunk to open a French-style bread shop in a barn, the 30-somethings sleep in a luxurious 200-square-foot chamber steps from their kitchen. Rising early to bake dozens of artisan loaves in the soon-to-open Boulangerie, A Proper Bakery, the modern, rustic quarters are down right deluxe.

Boulangerie is more than a bake house selling racks of miche, boules and baguettes. It reflects the spirit, determination and expertise of the carpenters who built the post-and-beam barn more than a century ago.

For its latest incarnation, the apron-clad couple hired modern counterparts to customize the space where they turn yeast, local wheat and flour into crusty loaves to feed Maine’s hungry locavore culture.

Read the entire article at the Bangor Daily News 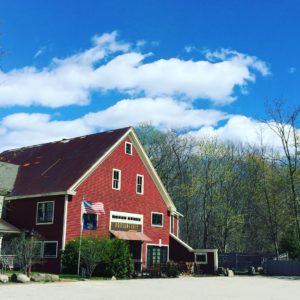 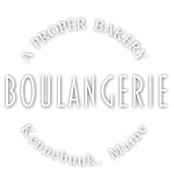